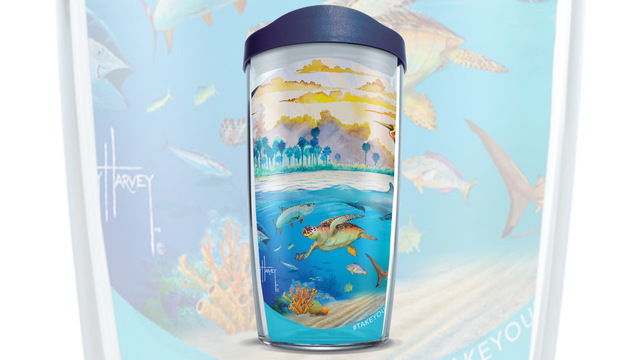 Tervis to give away 10,000 tumblers if you pledge to #takeyourTervis

In an effort to promote sustainability, Venice-based Tervis will give away 10,000 tumblers in Florida to people who sign a #takeyourTervis pledge to stop using disposable plastic cups.

The special ocean-themed double-wall plastic tumbler will be available only at retail stores in the Sunshine state on one day only — Sept. 27.

Other earth-friendly promotions offered include donating $1 from every Guy Harvey “Live Blue” tumbler through the end of 2018 to the Guy Harvey Ocean Foundation to support research by Mote Marine Laboratory to help combat red tide.

Tervis is also selling $20 4ocean bracelets, which will go toward removing one pound of plastic trash from the ocean and coastlines for each purchaser.

#catchoftheday #todayscatch Really!! 🙄 beautiful beaches marred by plastic. And this was JUST ONE piece we picked up #630coastalyomper

Do your part to save the oceans and cut down on plastic waste: Sign the #takeyourTervis pledge to help reduce plastic waste.

According to its website, Tervis has produced and shipped over 150,000,000 tumblers since 2000, which could have prevented a potential 1,075,000,000 single use water bottles from entering landfills, waterways and oceans every year.