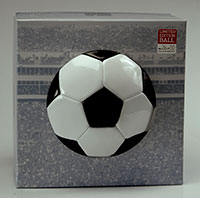 The most popular sports league in the U.S., the National Football League (NFL), has not been coy about its pursuit of the Hispanic market, the country’s fastest-growing demographic. The NFL’s plan was to get the game in front of the Hispanic community, and they expedited this plan by being the only major sport in the U.S. to televise all of its games in Spanish. It worked. A 2012 ESPN Sports Poll found that 25 million Hispanics in the U.S. identify themselves as NFL fans. The popularity of the league among Hispanics allowed Super Bowls XLVI and XLVII to become the most-watched TV programs (English or Spanish) on

The NFL was also tasked with convincing advertisers and corporations to invest in the newly impassioned demographic. Many marketers have always associated the Hispanic community as soccer fans first and foremost. The NFL knew this and sought to change that perception with a direct mail piece. To prove that Hispanics are avid fans of football, the NFL tapped The Vidal Partnership to create the “Trojan Ball.”

Promotional Products: The Trojan Ball box contained what appeared to be a soccer ball, but when the recipient opened the package, it contained a limited edition NFL football with the accompanying message, “Here’s the ball 28.5 million Hispanics really identify with,” as well as a message with the statistics that 73% of U.S. Hispanics are NFL fans.

“The numbers were always there, but cultural perception seemed to be a much stronger factor. We were tasked with reversing that trend,” said project art director, Oleg Sarkissov. “Early on we understood that to be successful, whatever the form of the communication would be, it had to be memorable. Hence, the idea of a Trojan Ball was born.”

The NFL sent the Trojan Ball to 50 key decision-makers and potential partners with authority to invest their companies’ marketing budgets. Eight of the mailings yielded follow-up responses in the form of a conversation or meeting with the NFL.

“It was targeted at key deal makers and potential partners, so the volume of mail was small, but one conversion would represent a significant amount of revenue for the client,” said Alberto Ferrer, Vidal’s managing partner, director of direct and digital marketing.

In the end, the mailer surpassed the projected response rate, and generated a great amount of potential business partnership opportunities between the NFL and key brands within the Hispanic audience. The entire project was considered a huge success in the hotly contested battle over viewership and sponsorship between soccer and football leagues.